One of Atlas Obscura's favorite online experiences, The Secret Arts, where we invite some of the world’s rarest experts and artisans to share the hidden knowledge of their singular craft, is back! Each edition of The Secret Arts features a different craftsperson in discussion with host, Roux Bedrosian. Unlike more instructional events, we'll explore some of the key lessons and discoveries our guest has made over the years, how you might try your hand at their unique skill yourself, and answer your questions live! Join us, and take a step into the unknown realm of The Secret Arts!

During this show, we're going to be talking with toy photographer Mitchel Wu! Mitchel’s photographs aren’t the static, staid shots you’d find in a catalog, but rather action-packed scenes that convey a story. His images are infused with a sense of adventure, movement, and emotion. In this interview, we’ll hear how Mitchel first discovered the fascinating world of toy photography, learn about the behind-the-scenes magic that makes his subjects come to life, and find out how you can get started in the art of story-based toy photography!

With a degree in illustration from the California College of the Arts, Mitchel spent the first half of his career working as a product design and development lead for major entertainment and consumer products companies. He has created products for The Walt Disney Company, Warner Bros, Sony Pictures, Lucasfilm, Cirque Du Soleil and others. His background in designing products within the pop culture sphere set the stage for what he would accomplish later in toy photography.

Based in Los Angeles, Mitchel is the founder of Mitchel Wu Toy Photography. Clients include The Walt Disney Company, Marvel Entertainment, Sony Pictures Funimation, Warner Bros, Hasbro, Mattel and others.  His work has been featured extensively in print, online and on TV. Mitchel can be seen in the documentary series, "Marvel's 616, Unboxed" currently streaming on Disney+.

Share this event with someone who would love it.
Copy Link 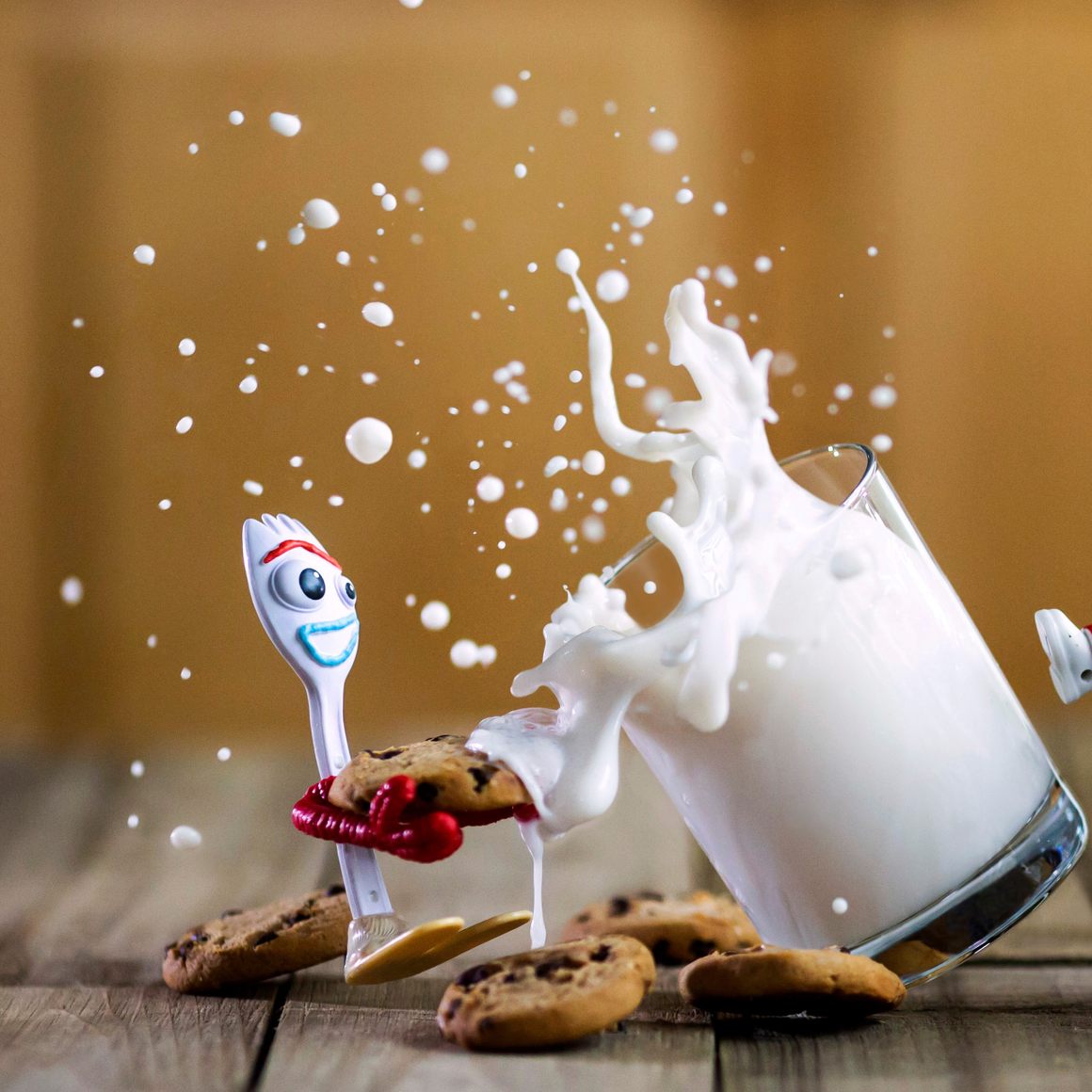 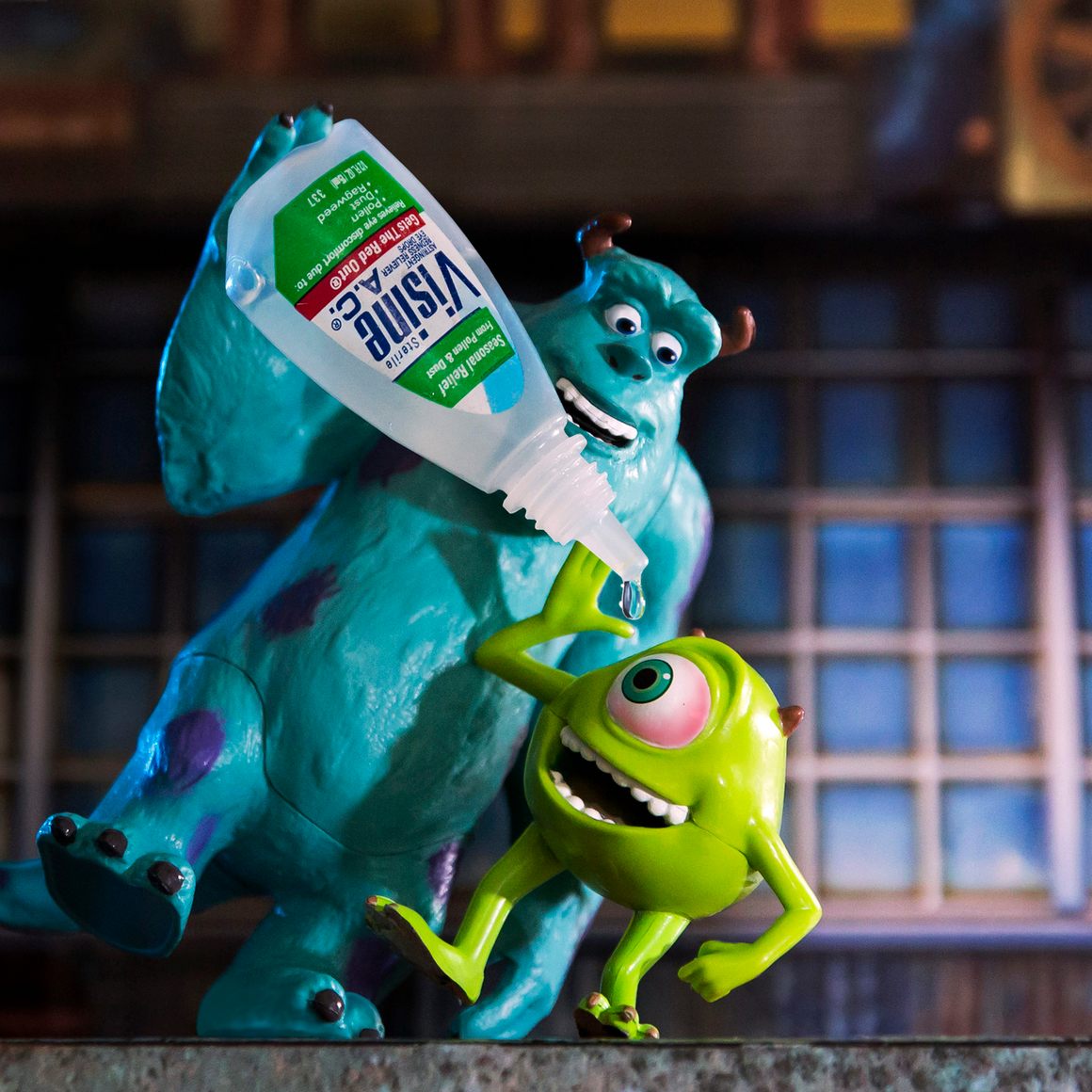 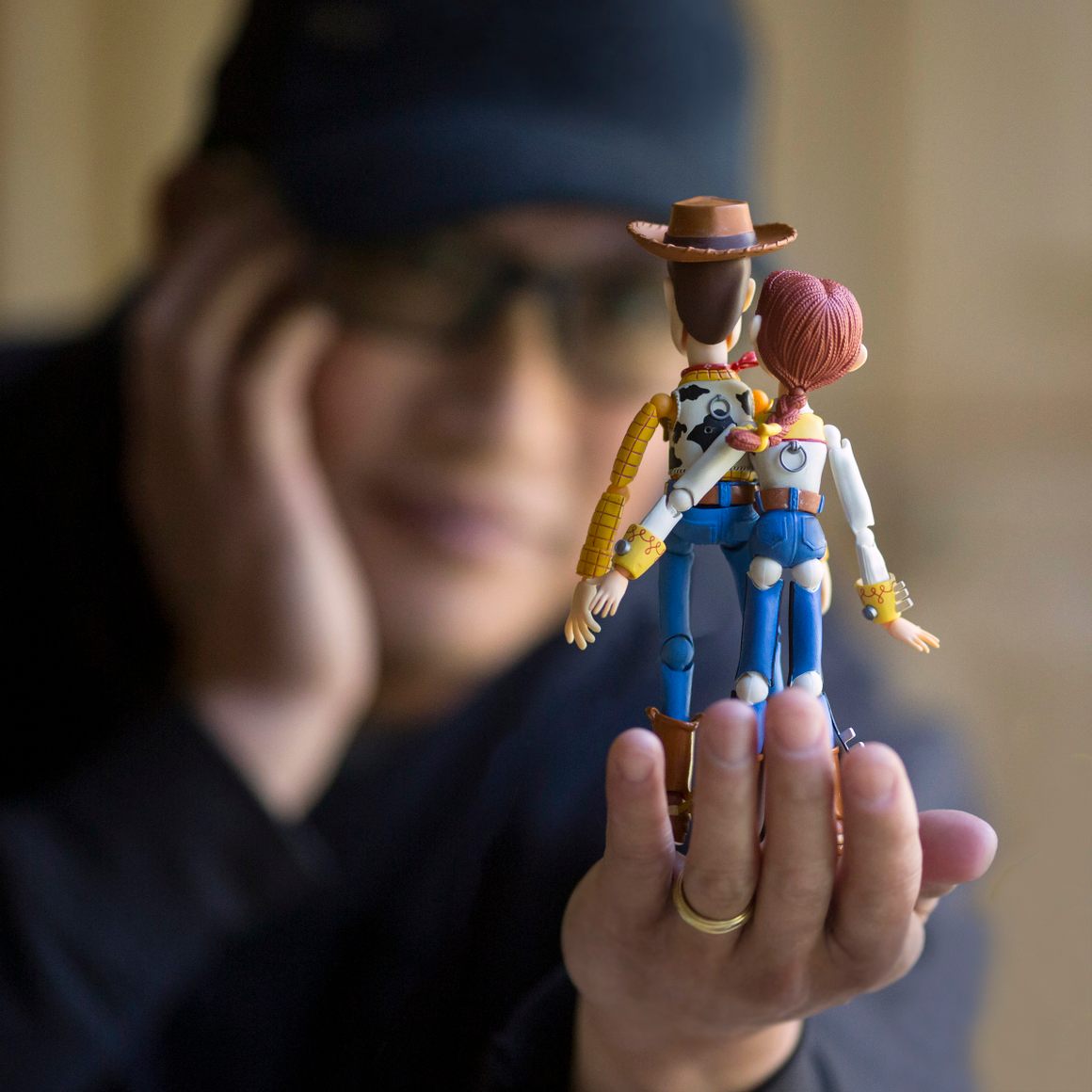 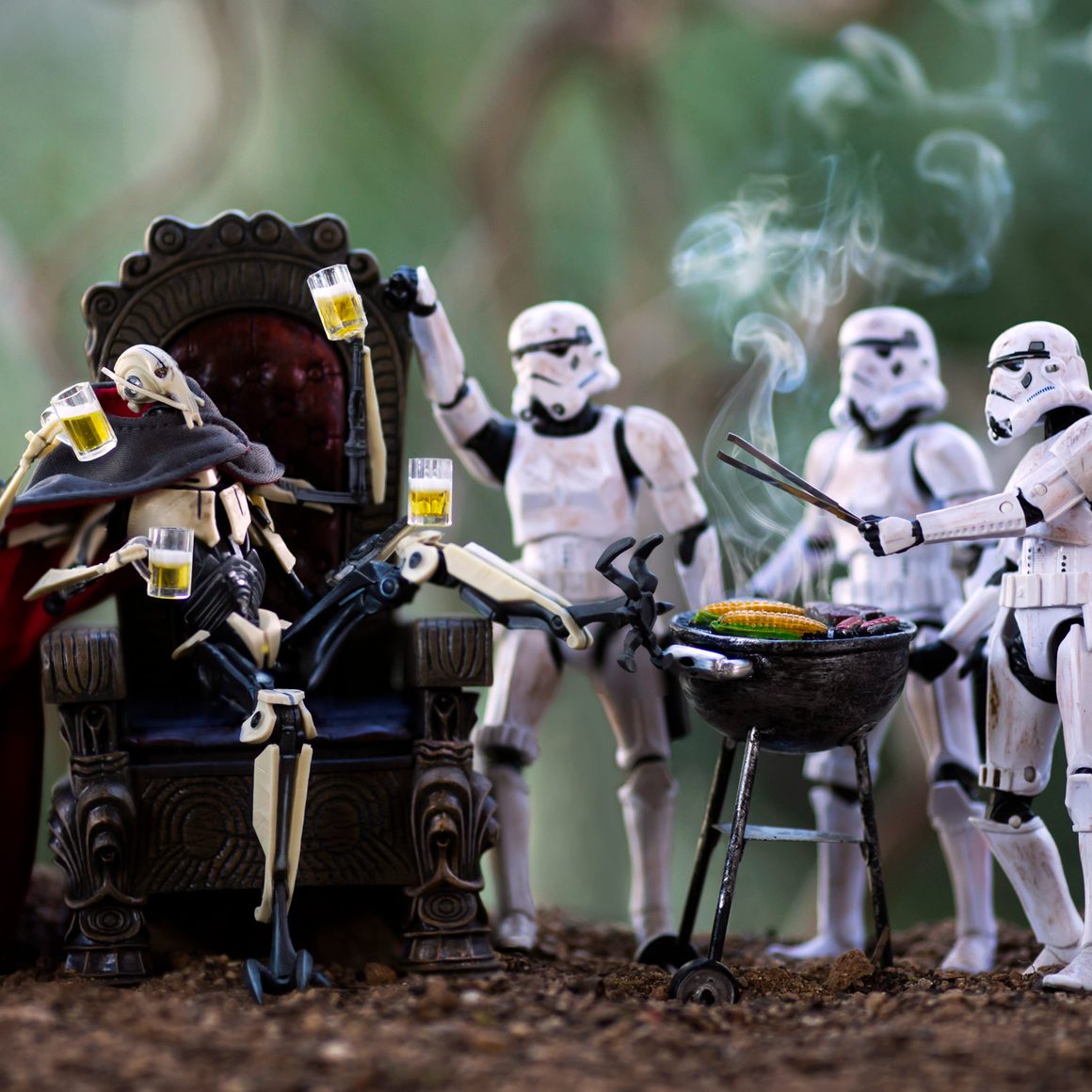 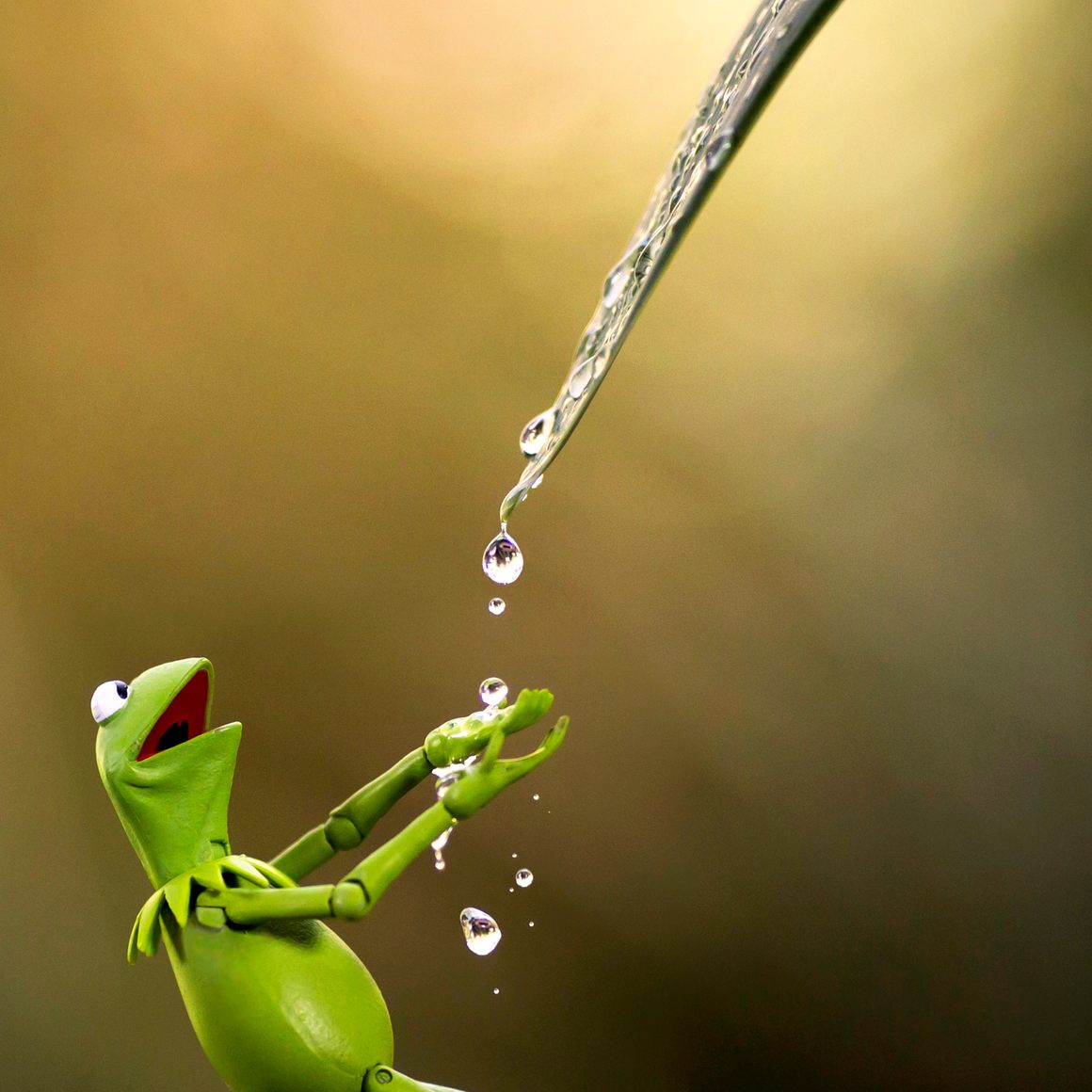 Greetings! I’m Roux Bedrosian, an NJ based vocalist, musician, writer, and pop-culture enthusiast. When I’m not moderating exciting and thought-provoking events on behalf of Atlas Obscura, you’ll often find me performing at local venues, writing original fiction and poetry, or lending my voice to studio projects. Over the course of my young career, I’ve had the privilege of collaborating with some pretty interesting folks – including the creative geniuses over at The Game Theorists and ShoddyCast.

By visiting www.rouxbedrosian.com, you’ll get a taste of the different things I do! You can also check out my acoustic duo, ROUVAN, on Facebook! PS – I put out a new #60SecondCover video on Instagram every Friday (@harleyroux).

What Else You Should Know

Access to this online experience is free for Atlas Obscura Members. Unlock more wonder by becoming a member today!

Once registered, you can access the Zoom room for this experience through your confirmation email or Eventbrite account. Atlas Obscura online experiences are recommended for attendees age 13+

This online experience will be recorded. A temporary link to the recording will be provided in a follow-up email to all ticket holders within 72 hours after the event. Access to this recording will be available for seven days.

We provide closed captioning for all of our online Member Experiences, as well as transcripts upon request. Please reach out to us at membership@atlasobscura.com if you have any questions, requests, or access needs.

This event is one of Atlas Obscura’s Membership Experiences. At Atlas Obscura, our mission has always been to inspire wonder and curiosity about the incredible world we all share. Now, more than ever, there’s a need to stay connected—not only to our sense of wonder, but to each other.

We encourage you to follow and share the hashtag #AOExperiences for more incredible online experiences and courses with Atlas Obscura and our friends. And check out AtlasObscura.com, the definitive guide to the world’s hidden wonders, to keep virtually exploring the world through the website’s atlas of amazing places, unique stories, and videos.

Dates and Availability
Atlas Obscura Members get free access to this and other exciting online experiences!
Become a Member
Already a member? Sign in to continue
More Online Experiences
Members Only
Online Experience

Wed, May 18
Free
Gather your team and compete in Atlas Obscura’s contest of wits, smarts, and educated-guessing!
Members Only
Online Experience

Beneath the Streets: Uncover the Secrets of the New York Transit Museum

Thu, Aug 11
Free
Watch the gap and stand clear of the closing doors, we're headed underground for a virtual behind-the-scenes tour of a subterranean museum!
Members Only
Online Experience

Secrets of Medieval Tarot at The Morgan Library

Stories in the Stones: How to Read a Gravestone With Dr. Elise M. Ciregna

$265 per person
In this four-part course, learn how to decode the stories in gravestones and deepen your understanding of America’s cemeteries.
Online Course

Ask a Cemeterian: The Business of Burials With Dr. Elise M. Ciregna

Follow us on social media to add even more wonder to your day.
Follow us on Twitter Like us on Facebook Follow Us on Instagram No Thanks Visit AtlasObscura.com
No purchase necessary. Winner will be selected at random on 06/01/2022. Offer available only in the U.S. (including Puerto Rico). Offer subject to change without notice. See contest rules for full details.